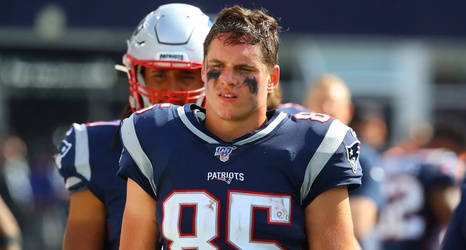 When the New England Patriots announced their initial 53-man roster for the 2018 season, then-rookie tight end Ryan Izzo was part of it — and for one day it would remain that way. However, the team ultimately placed him on its injured reserve list ahead of the deadline for players to become eligible to be reactivated later during the regular season. Izzo’s first year in the NFL therefore ended with a championship but zero games played.

Now in his second season with the Patriots, Izzo already has six games on his résumé as well as six catches for 114 yards and a touchdown.