Are Patriots trying to acquire a wide receiver before the trade deadline? 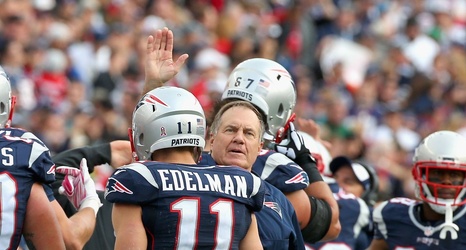 Five days ago, we contended that the New England Patriots didn’t really need to get offensive help via trade before the October 29 deadline.

The rationale at the time was that Phillip Dorsett’s hamstring injury was minor and wouldn’t cause him to miss any time, Julian Edelman looked like he’d shaken off his chest/ribs injury successfully, and Josh Gordon was still providing the Patriots an outside vertical threat. On top of these three players, N’Keal Harry was potentially on track to return soon from IR, and New England’s two tight ends – Matt LaCosse and Ryan Izzo – both showed some promise in a win over the Washington Redskins.