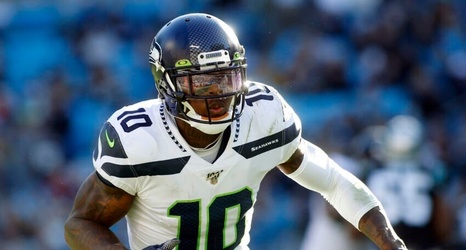 RENTON, Wash. (AP) — The Seattle Seahawks are bringing back wide receiver Josh Gordon on a one-year deal even as the talented pass catcher awaits reinstatement from the NFL after his latest suspension.

Gordon’s signing was confirmed on Twitter by his agent David Canter on Thursday, just two days before the Seahawks must cut their roster to 53 players. Seattle is holding its final practice of training camp later Thursday. Gordon is the second veteran signed by the team in the past week, joining Paul Richardson.

Gordon was suspended indefinitely by the NFL last December for violating the league’s drug policy.