Against the Bills, Stephen Gostkowski misses another extra point 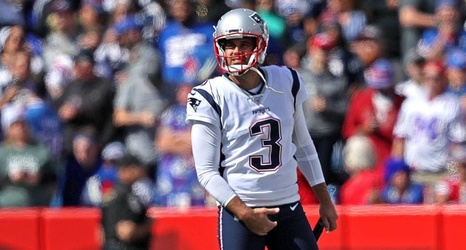 Patriots kicker Stephen Gostkowski missed his fourth extra point of the season Sunday afternoon against the Buffalo Bills, exceeding his total for extra points missed over the past two regular seasons.

Gostkowski was blunt in his assessment of his performance through four games.

“I’m just not very consistent right now,” said the 35-year-old, who is in his 14th season after getting drafted by the Patriots in 2006.

Asked if something is off within the field-goal operation, Gostkowski accepted full responsibility: “It’s me.”