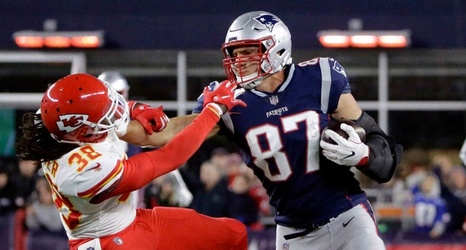 The Patriots (10-2) and Kansas City Chiefs (8-4) are set to meet Sunday at 4:25 p.m. at Gillette Stadium in a game that could shape the landscape of the AFC playoff picture.

Both of their matchups last year – one in the playoffs and one in the regular season – were instant classics, and several other meetings in recent memory have also been entertaining.

There’s been no shortage of offense, either, as they’ve averaged a combined 64 points per game in the last five battles.

With the Patriots’ dominance on defense and struggles on offense lately, the consensus is that this game could be low-scoring.