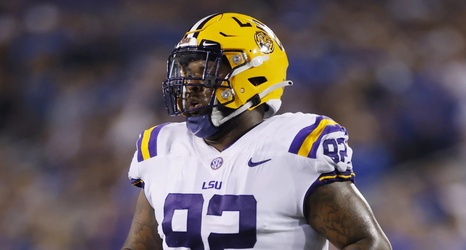 The New England Patriots made some major investments along their defensive line last offseason, but the unit still had its ups and downs. Those were on display especially versus the run, with the group failing to consistently clog lanes regardless whether it faced man- or zone-blocking concepts.

One of the issues was the absence of a traditional nose tackle on the roster, a problem that has plagued the Patriots ever since they lost Danny Shelton — who measures at 6-foot-2, 345 pounds — during the 2020 offseason. New England tried to use comparatively undersized players such as Davon Godchaux or Carl Davis as 0-techniques, but they were better suited to play elsewhere on the line.