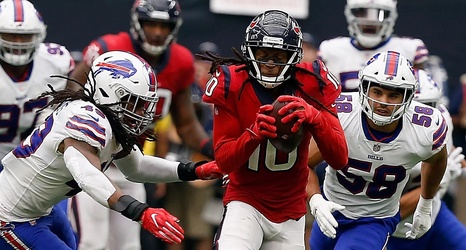 The playoffs have arrived! While the New England Patriots will enter them later today against the Tennessee Titans, two other AFC clubs will already play their first postseason games in the afternoon window: the fifth-seeded Buffalo Bills will travel to Houston to take on the conference’s number four seed, the Texans. The game projects to be a highly entertaining affair between a stout Bills defense and a potent Texans offense.

But who should Patriots fans root for? And what else is there to know? Let’s take a look.