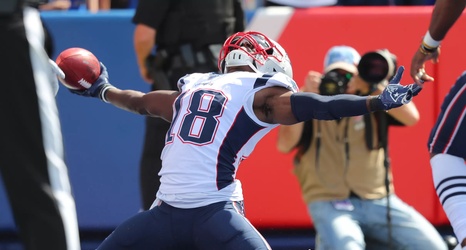 Matthew Slater knelt in the end zone, his arms outstretched wide with one of them holding the football. His teammates quickly surrounded him to congratulate after he had just scored the first touchdown of his pro football career. It had taken the New England Patriots’ team captain 12 seasons in the league and a combined 184 regular season and playoff games to accomplish this feat, but against the Buffalo Bills it finally happened.

It all started with a Bills punt attempt in the first quarter. J.C. Jackson, who also registered two interceptions on defense, rushed off the edge to get to Corey Bojorquez before the Bills punter could get the football out cleanly.