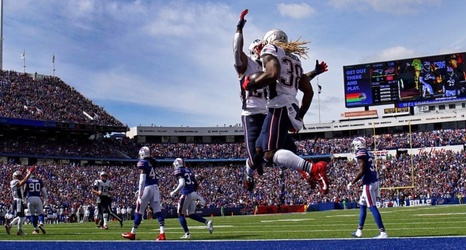 1. I suppose it’s mildly encouraging the Patriots can submit a troubling offensive performance — they totaled just 224 yards, didn’t drive for a touchdown after their second possession, and had just 11 total first downs — and still come away with a win on the road against a worthy opponent. Bad days for most teams lead to an L in the loss column. The Patriots remain undefeated, and that’s certainly better than the alternative they flirted with for much of Sunday afternoon: Losing to an inspired Bills team that nearly beat them despite some dubious coaching decisions and generally poor play from young quarterback Josh Allen.