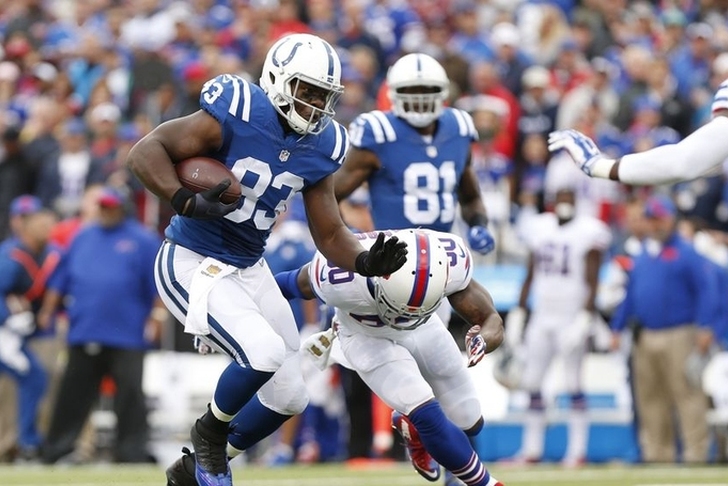 The New England Patriots likely won't have Martellus Bennett next year, but they've found their new No. 2 tight end. It's Dwayne Allen, as the Patriots are swinging a trade with the Indianapolis Colts.

And here's what the Colts are getting back in exchange for Allen.

Patriots traded a fourth-round pick to Colts for TE Dwayne Allen and a sixth-round pick, per league sources.

It's a surprising deal, since the Colts just re-signed Allen last year to a 4-year deal worth $29.5 million. However, not much of that was guaranteed and they reached deal with Jack Doyle for over $6 million per year a few days ago.

The Colts might have been trying to clear some space for Doyle and some defensive upgrades. Allen will have a $5 million cap hit next year for the Patriots, which is cheaper than what Martellus Bennett is likely to get.