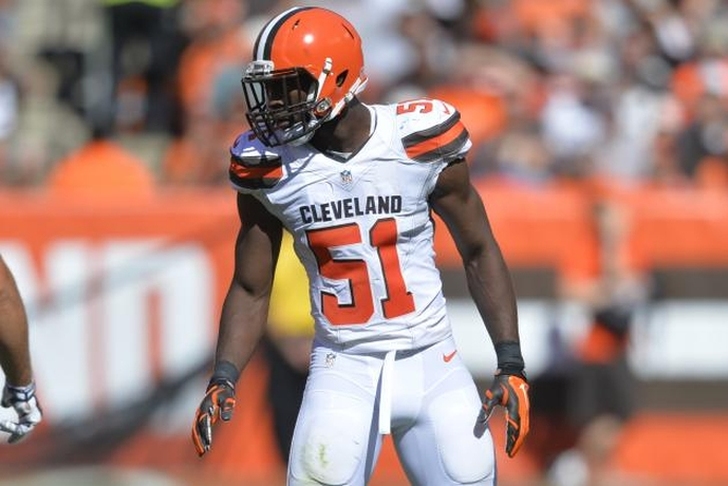 The Cleveland Browns have traded linebacker/defensive end Barkevious Mingo to the New England Patriots, according to ESPN's Adam Schefter:

Browns are trading the sixth overall pick from the 2013 draft, LB Barkevious Mingo, to the New England Patriots, per source.

New England is sending a 2017 fifth-round pick to the Browns in exchange for Mingo.

Cleveland did not pick up the fifth-year option on Mingo's rookie contract, meaning he is slated to be a free agent after this season. He never really found a role with the Browns, as the 6'3", 240-pounder wasn't able to put on enough weight to play defensive end and struggled playing outside linebacker.

Mingo, the No. 6 overall pick in the 2013 draft, has 16 career starts just seven career sacks - none of which came last year.

New England has been looking to upgrade their pass rush after defensive end Rob Ninkovic suffered a torn triceps. They have now acquired the No. 6 and No. 7 picks in the 2013 draft after acquiring offensive lineman Jonathan Cooper in a trade with the Arizona Cardinals.

They also made a trade yesterday, sending center Bryan Stork to the Washington Redskins.