Patriots vs. Bills Preview And Prediction 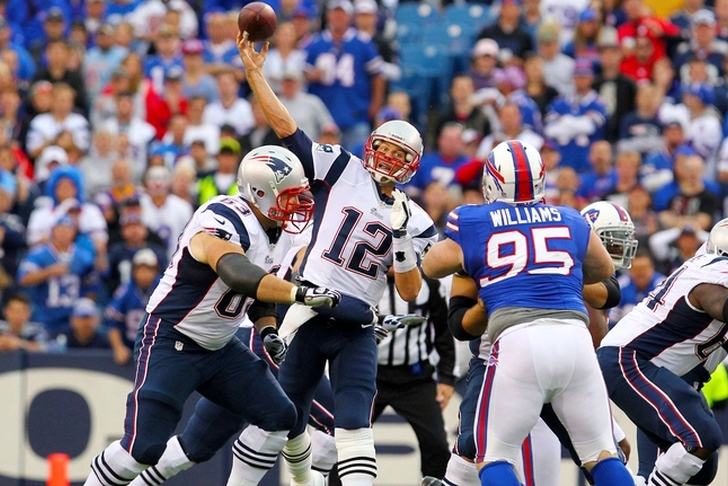 The 9-0 New England Patriots host the 5-4 Buffalo Bills in an AFC East battle on Monday Night Football. The Patriots beat the Bills 40-32 the last time these two teams played. So will the Patriots stay perfect? Or will the Bills get their revenge? Here's our preview and prediction.

The Patriots are searching for another perfect regular season, and a win over the Bills will keep that dream alive. It would also give New England a massive five game lead in the division, all but assuring them of an AFC East crown. The Bills and Rex Ryan want revenge against the New England for the Bills' early season loss. Plus, Ryan just doesn't like New England. A win over the Patriots would be a big boost for Buffalo's playoff hopes.

What They Are Saying About The New England Patriots:

What They Are Saying About The Buffalo Bills:

Can the Bills stop Brady? That was something they failed to do in the first matchup, as Brady completed 38 of 59 passes for 466 yards and three TDs. New England didn't even try to run the ball, running it 12 times, excluding three Brady runs. New England dropped 40 points on Buffalo, and the Bills can't expect to win if that happens again. Buffalo must slow down the Patriots' offense, even though it likely can't stop it.

The Bills do a better job of limiting Brady than they did in their first matchup, but it's still not enough to pick up a win. The Bills offense gets the ball to Sammy Watkins early and often, but they don't get enough plays from their other weapons to generate the offense they need.