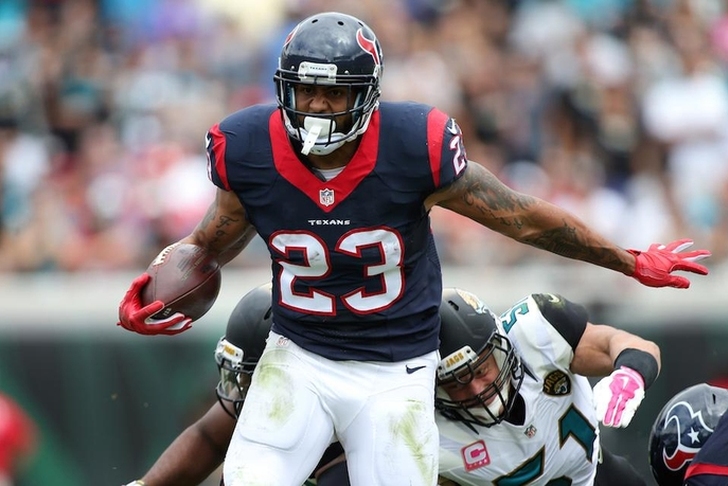 One of the top free agents left on the market is RB Arian Foster. He has yet to find a new NFL home after the Houston Texans cut him earlier this offseason, but the New England Patriots have at least some interest in Foster.

The Foster-Patriots rumors have picked up in recent days because Foster was spotted in Boston. However, Foster was not visiting the Patriots.

Foster will turn 30 in August, and has battled injuries in recent seasons. But when healthy, Foster has been one of the better backs in the NFL.

New England has LeGarrette Blount as the team's big back, with Dion Lewis serving as the pass-catching back. Also on the roster are players like Brandon Bolden, Donald Brown and Tyler Gaffney. While it seems like the Patriots have plenty of RBs already, several have battled injuries in the past. Foster isn't the same player he once was, he could contribute for New England. Plus, adding a veteran player like Foster is a classic Bill Belichick move.

Foster is still recovering from a torn Achilles and might not be ready for the start of the season. If he does find a landing spot, it will likely be closer to training camp or even during the preseason.