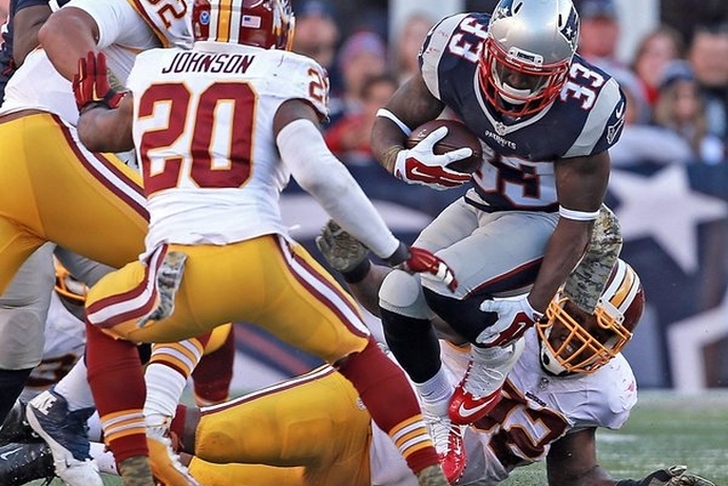 New England Patriots running back Dion Lewis suffered a torn ACL in their win over the Redskins on Sunday and will miss the rest of the season, according to Jim McBride of the Boston Globe:

Tough news out of Foxborough: #Patriots RB Dion Lewis out for the season with torn ACL per team source.

Next Read: 5 Players The Patriots Could Sign To Replace Dion Lewis

The injury was a non-contact injury suffered in the third quarter on a 14-yard screen pass. He was able to walk off the field under his own power, but the Patriots' training staff noticed his ACL was loose, according to ESPN's Adam Schefter. An MRI conducted today by the team revealed the extent of the injury.

Lewis was one of the most surprising players in the NFL this season as he hadn't played in a game since 2012, but had become a vital part of the Patriots' attack. He signed a two-year extension with New England in October, a deal that could be worth up to $5 million with incentives.