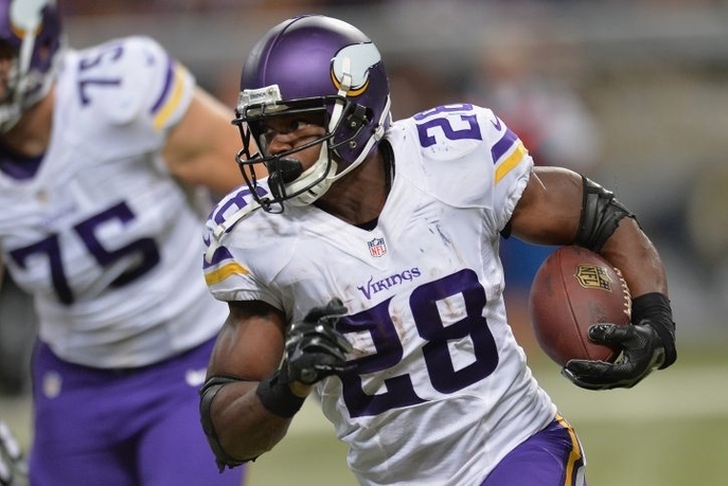 The New England Patriots aren't necessarily looking for running back help this offseason, but that doesn't mean they aren't interested in the best free agent available.

Former Minnesota Vikings running back Adrian Peterson is reportedly interested in signing a team-friendly deal to join the Patriots to try to win a Super Bowl, according to Karen Guregian of the Boston Herald.

Would Peterson even consider taking a Patriots-friendly contract for a go at a ring?

A source close to Peterson told the Herald that since AP has already earned a ton — more than $97 million is his career — it’s certainly something he’d consider. Peterson knows how it worked out for Darrelle Revis and Chris Long. But naturally, there will be a lot of teams in the mix, including the Vikings. And, of course, the Pats would have to want to bring in an aging back with an injury history, not to mention baggage.

Historically, the Patriots haven’t paid running backs more than $2 million a year. If the Pats were truly interested, they might come off that number, but Peterson would have to be willing to leave a lot on the table considering likely offers elsewhere.

Minnesota declined their $18 million option on Peterson's contract for the 2017 season, meaning he'll officially become an unrestricted free agent when new league year starts on Thursday. Peterson has not ruled out returning to the Vikings, and he has also received interested from the Houston Texans, New York Giants, and Oakland Raiders.