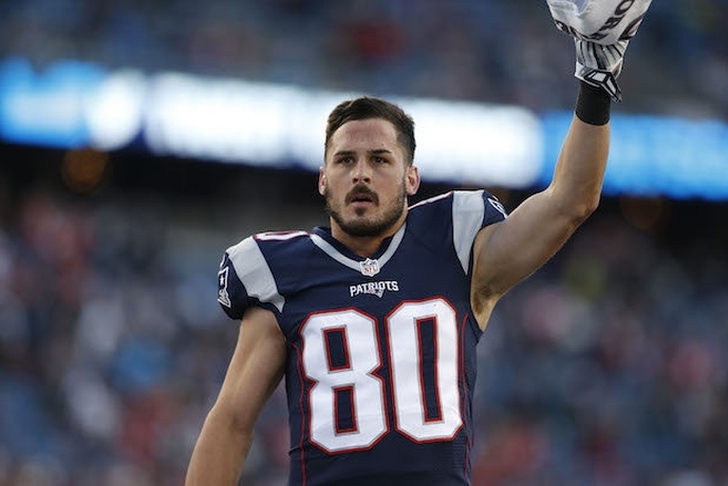 NFL Free Agency is over a week old, and while the New England Patriots have been among the most active teams early, they might not be done yet. With that in mind, here are all of the interesting rumors and news tidbits around the Patriots.

Could Patriots Cut Danny Amendola?
The Patriots could end up cutting WR Danny Amendola, especially with this season's additions of WR Chris Hogan and TE Martellus Bennett. However, the team isn't ready to do that quite yet.

Would not expect Pats to release Danny Amendola soon. Trying to rework his deal to keep him around. Exploring that thoroughly first

Amendola has a $5 million base salary this season. He's set to count just over $6.8 million against the cap this season, while the Patriots would save about $4 million by releasing him. When healthy, Amendola has proven himself as a slot weapon. He played well in the absence of Julian Edelman last year.

Martellus Bennett unsurprised by trade to Patriots
New England made a big splash yesterday by acquiring tight end Martellus Bennett in a trade with the Chicago Bears, but it's something Bennett was hoping for. The team had been working with the tight end to try to find an "agreeable landing spot," and New England was one of the names on his list.

"I always knew it was a possibility -- I just didn't know where or what or when or how it was going to happen," Bennett said. "But I knew the possibility was coming. It's just like any other thing in life, you just be prepared to make sure you flow where the wind goes. Try to be a dandelion."

Bennett had 53 catches for 439 yards and three touchdowns last season.

Former Chicago LB Shea McClellin is signing a 3-year deal with the Patriots, per source.