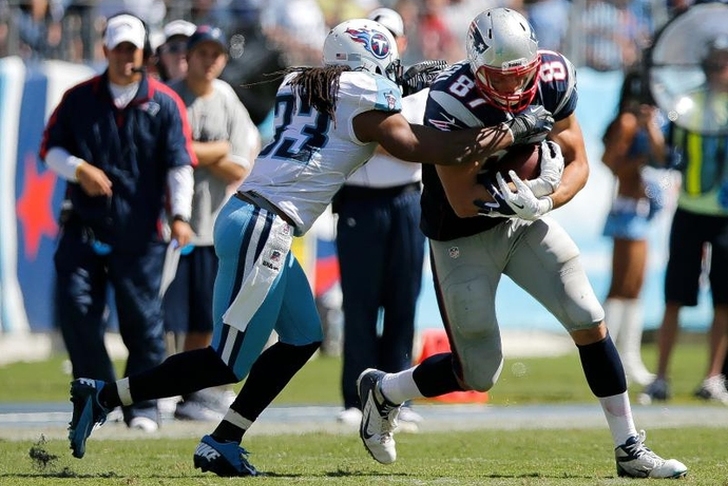 The New England Patriots were heavily favored against the Tennessee Titans, so it's no surprise the Patriots won 33-16. The Titans fall to 3-11, as they move closer to the No. 1 overall pick. The Titans also lost Marcus Mariota to an injury in this one. The Patriots are now 12-2, with the No. 1 AFC seed in their sights.

Notes:
The Patriots' leading rusher was Joey Iosefa, a player that only the most hardcore of Patriot fans knew. In his first NFL game, Iosefa racked up 14 carries for 51 yards. He was a seventh round pick by the Buccaneers this season, and Iosefa was only recently called up to active roster. He's really more of a full back and Bill Belichick running back roulette has reached peak chaos.

Tom Brady didn't have to do too much, but he played well. He completed 23 of 35 passes for 267 yards and two scores. TE Rob Gronkowski was the top option, as Brady targeted him 11 times for 5 catches, 54 yards and a TD. Brady lost yet another weapon, as Danny Amendola went down with a knee injury.

Marcus Mariota barely played in this one, throwing just six passes. He left the game with a right knee injury. He'll have an MRI on Monday and it might be wise to sit him for the rest of the season

With Mariota out, Zach Mettenberger was forced into action. He completed 20 of 28 passes for 242 yards, two TDs and two picks. Mettenberger is serviceable as a backup, but it's clear Mariota is the team's franchise QB. Dorial Green-Beckham continued to show promise, as he caught six passes for 113 yards.

"Guys are going out and guys are coming in. You're just trying to do what you can to be productive. - Brady on the team's injuries.

"I wanted to go in right away. I don't expect to be out for the rest of the year." - Mariota.

"We discussed bringing him back in," Mularkey said. "I'd rather err on the side of caution." - Titans head coach Mike Mularkey on Mariota returning.

Observations:
The Patriots have just been plagued by injuries this season. Amendola left the game, as did LB Dont'a Hightower. It's unclear how long either will be out, but the Patriots will likely be cautious since they've nearly clinched a first round bye and home field advantage.

If Mariota's injury is at all serious, the Titans need to shut him down. The season is over and Mariota isn't going to improve much if he's trying to play through a right knee injury. He's competitive as anyone, but it's in his best interests to sit out the rest of the year. Remember what happened to Robert Griffin III when the Redskins forced him to play through a knee injury? Griffin was never the same and the Titans can't afford a similar situation with Mariota.