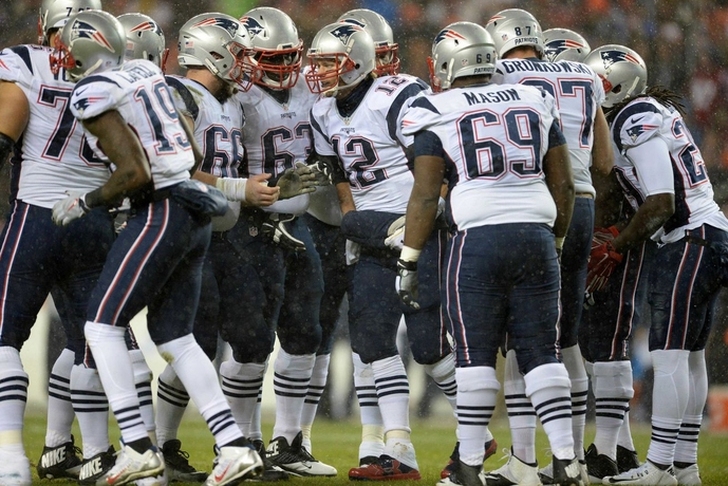 The New England Patriots may have just missed the Super Bowl to the offseason, but they're set on winning the big game again in 2016. While the Patriots are tight on cap space and don't have a first round draft pick, but they should be able to find a way to improve the team in both the draft and free agency. With that in mind, here are three things the Patriots must do to have a successful offseason:

3) Sign Matt Forte or draft a running back to pair with Dion Lewis
Dion Lewis emerged a great pass catching option for New England last season, but he's not an every down back. The Patriots could look to add a veteran in free agency or look to spend a draft pick on someone to pair with Lewis, and they'd be smart to look into the direction of Matt Forte.

2) Add receiving depth
Julian Edelman and Danny Amendola played well last season, but both battled injuries. Neither is a true boundary weapon, and Brandon LaFell and Keshawn Martin proved last year that they aren't the answers either. If the Patriots get the chance to get Tom Brady a bigger WR weapon, they should jump on the chance. Free agent Anquan Boldin is someone that comes to mind as a great fit.

1) Fix the offensive line
The Patriots offensive line struggled at times this year, especially against the Broncos. The team fired offensive line coach Dave DeGuglielmo, and might bring back Dante Scarnecchia, who had coached with the team for 30 years before retiring in 2014. Getting Scarnecchia back helps, but the team still needs to find some talent upgrades.

The tackle position is good enough, but the guard and center spot need to be improved upon. Bryan Stork was average at best, and the team needs to at least add some competition for him. Josh Kline is serviceable, but Shaq Mason and Tre' Jackson really aren't starters. If New England is going to win another Super Bowl, it starts with them improving up front.