Jets vs. Patriots: 3 Things We Learned From Each Team 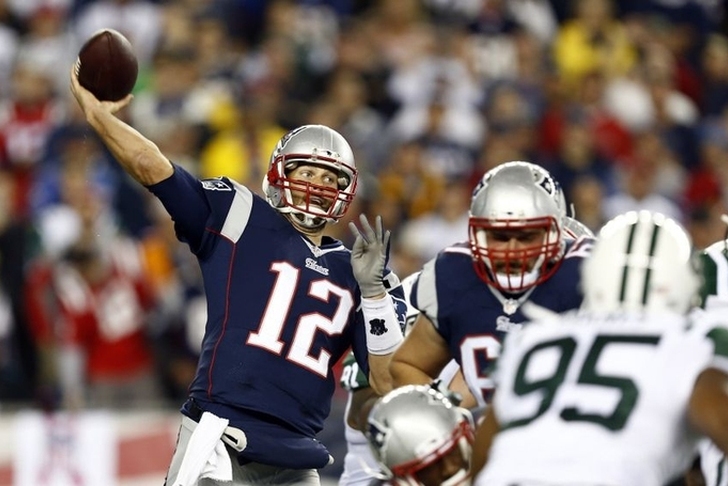 The New England Patriots defeated the New York Jets 30-23 in a battle of AFC East rivals. The Jets slip to 4-2, while the Patriots are now 6-0. The Jets did everything they could to win the game, but came up just short. Here are three things we learned from each team in the Patriots' win.

1. Ryan Fitzpatrick Must Remain The Starter

Perhaps we already knew this, but Fitzpatrick has to remain the starter. He played pretty well against the Patriots, completing 22 of 39 yards for 295 yards and 2 TDs. There is no reason to hand things over to Geno Smith. Fitzpatrick can get this team to the playoffs as a game-manager.

2. More Is Needed From Chris Ivory

The Jets have leaned heavily on Ivory and it's no surprise their two losses have come in Ivory's worst game and the game he missed. He wasn't 100 percent against New England and was limited to 41 yards on 17 carries. The Jets' offense is built around Ivory and running the ball. He must improve for the Jets to keep winning.

3. The Jets Are Good

A loss to New England hurts, but I remain convinced that this is a pretty good Jets team. After all, they did out-gain the Patriots. The Jets might not be Super Bowl contenders, but they look like a playoff team.

1. Tom Brady Is The Best QB In The NFL

We probably already knew this one, but Brady's performance in a completely one-dimensional offense confirmed this. Brady threw the ball a whopping 54 times, completing 34 of them for 355 yards. He simply WAS the offense for New England. Brady even led the Patriots in rushing, with 15 yards. Without Brady, the Patriots would be in trouble.

2. Running Game Must Do Better

The Patriots were without Dion Lewis, but the running game must do better in the future. New England didn't even try to run the ball against the Jets. James White had a mere four yards on two carries, while LeGarrette Blount had -3 yards on three touches. Without Brady's 15 yards on the ground, the Patriots would have had just 1 yard. That can't keep happening.

New England signed Amendola to replace Wes Welker, but Amendola hasn't been able to stay healthy for much of his time with the team. However, he has avoided injuries this season. Amendola caught eight passes for 86 yards and score. He gives Brady yet another weapon in the middle of the field.