Here Are The 5 Hardest Games On The Patriots' 2018 Schedule 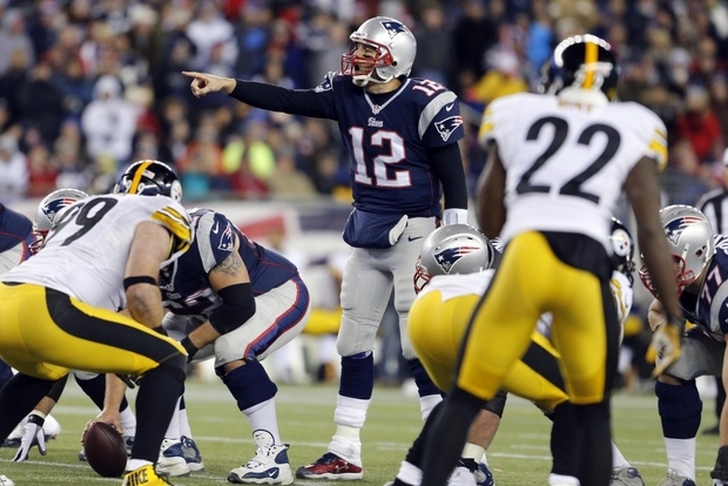 The New England Patriots have the 10th easiest schedule in the NFL in 2018 based on 2017 opponent wins-loses (according to CBS Sports), but do face six playoff teams from 2017, a Texans team with a healthy Deshaun Watson, a Colts team with quarterback Andrew Luck, and the Packers with Aaron Rodgers. So, which games might be the biggest roadblocks in their quest to get back to the Super Bowl? Here are the five toughest games for the Patriots in 2018:

5.) vs. Minnesota Vikings
The Vikings have question marks around the quarterback position, but besides those questions, this team will look similar in 2018. The Vikings will get back running back Dalvin Cook, which will only help their running game. Minnesota's defense in 2017 was one of the toughest units in the league and will be a tough matchup for the Patriots.

4.) vs. Green Bay Packers
The Packers missed the playoffs in 2017, but that's because quarterback Aaron Rodgers missed most of the season. Insert Rodgers for 16 games and this Packers team is a playoff-caliber team. Rodgers vs. Brady, the two best quarterbacks in the NFL matching up against one another. What more could you want?

3.) at Kansas City Chiefs
Kansas City has won the AFC West two years in a row and is the favorites to win it again in 2018. Arrowhead is an extremely tough place to play and given the outcome of the 2017 season opener, the Patriots can't take the Chiefs lightly.

2.) at Jacksonville Jaguars
The Jaguars lost to the Patriots in the AFC championship game 24-20. Jacksonville was in control for most of that game and will look for revenge in 2018. The Jaguars defense is arguably the best in the NFL and combine that with their physical style of play with running back Leonard Fournette will make this a tough game for New England.

1.) at Pittsburgh Steelers
Though the schedule hasn't been released yet, I will be shocked if this isn't a primetime game on Sunday night or Monday night. The Steelers have been one of the best teams in the AFC for the past decade and a half and have plenty of star power - but star power the Patriots can match. This his will be another huge test for New England's defense and will likely be a very entertaining shootout.