The Real Reason Why Bill Belichick Dresses Like A Homeless Person 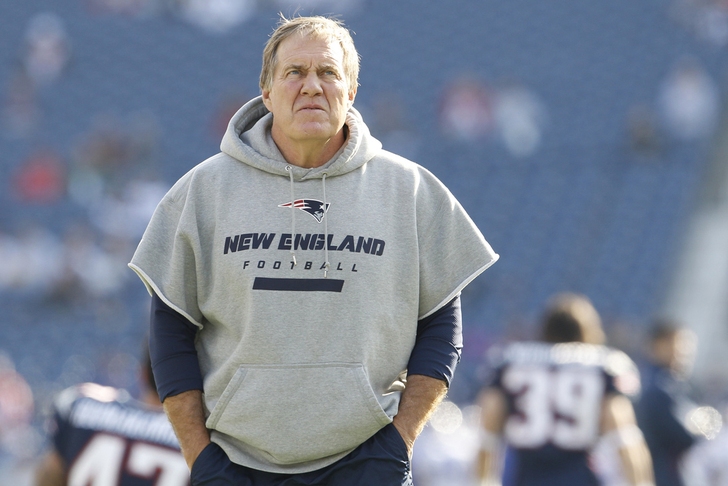 Look, it's no secret that Bill Belichick's sideline fashion sense is never going to win him any awards. The Patriots coach favors hoodies, sweatpants, and cut-off sleeves that make him look more likely to ask you for spare change than call a play.

It wasn't supposed to be this way, though - Belichick isn't wearing the hoodies because they're comfortable, or because he thinks they make him look good...they're actually his way of protesting a spectacularly dumb NFL rule.

Way back when, Bill Belichick wanted to wear a suit on the sidelines. A three-piece would have done nicely, he figured, but there was something standing in his way he didn't count on.

The NFL forbids players and coaches from wearing non-licensed apparel, and when Belichick looked through the Reebok catalog (this was before the league's current Nike deal), he didn't see anything remotely stylish. In protest, he picked out the sloppiest-looking thing he could find - a huge, baggy gray sweatshirt.

A handful of coaches have successfully protested the NFL's rule and gotten permission to dress up - Mike Nolan did it in San Francisco, and Jack Del Rio briefly rocked a three-piece in his Jacksonville days. That whole process was too much work for Belichick, though, and to this day, he's stuck with the now-signature hoodie.

For every NFL news story out there and live scores for all your teams, download our groundbreaking mobile app today!