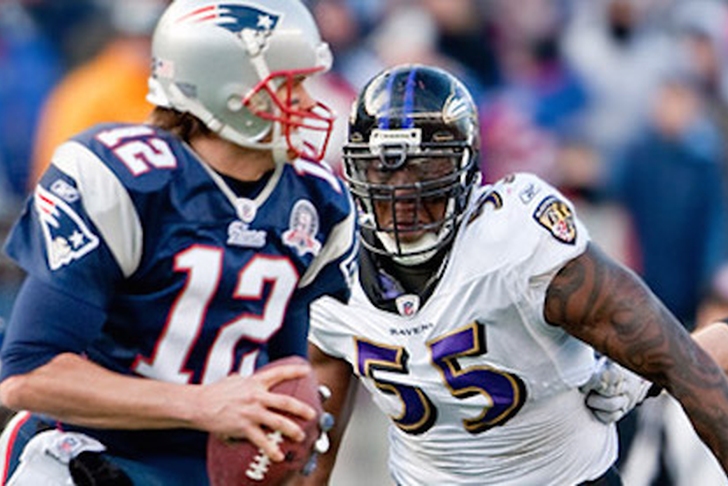 The New England Patriots finished the regular season with the AFC's best record and are one of the favorites to make the Super Bowl, but now have the face the Baltimore Ravens, a team that's been the thorn in their side over the past few years.

The Patriots reeled off 10 wins in the 11 games following their disappointing 2-2 start, and have parlayed that into the AFC's top seed. Tom Brady and Bill Belichick have done it again on the offensive side of the ball, taking another relatively unknown group of players and turning them into the league's fourth-highest scoring offense.

However, the Patriots biggest improvement has come on the defensive side of the ball. They give up less than 20 points a game, largely thanks to the additions of starting cornerbacks Darrelle Revis and Brandon Browner.

The Ravens squeaked into the postseason after beating the Cleveland Browns in comeback fashion in Week 17, but then upset the Pittsburgh Steelers on the road in the Wild Card Round.

Their calling card all year has been in the running game on both sides of the ball, as they rank eighth in the league in rushing yards (126.2 a game) and fourth in rushing yards allowed per game (88.3 a game). If they can control the tempo of the game by dominating the ground, they'll give themselves a good chance to win.

New England's offense is really based on timing, allowing Tom Brady to get rid of the ball as quickly as possible. If Terrell Suggs and the Baltimore pass rush can consistently get to Brady and disrupt the Patriots' passing attack, they'll give themselves a chance to win. If not, New England should win easily.

Baltimore is the popular pick to pull the upset in this one given their success against the Patriots (2-1 all-time in Gilette Stadium in the postseason), but New England has a great defense they haven't had in recent years. I think Revis and Browner will dominate the Ravens' receivers and really limit Baltimore's offense, giving Brady the opportunity to take over the game.