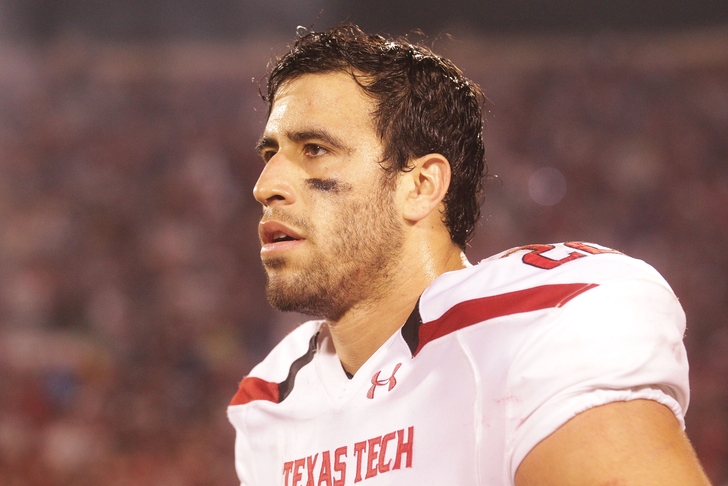 In today's edition of Patriots rumors, the New England Patriots and coach Bill Belichick may be looking to the 2014 NFL Draft to find some help at tight end. The question, however, is who will they pick?

According to Tom Curran of Comcast SportsNet, that answer could come in the form of former Texas Tech tight end Jace Amaro:

"He’s been a vogue prediction for the Patriots in mock drafts since the pre-draft process began. As a successor to Aaron Hernandez, Amaro has some similarities in size, pass-catching prowess and versatility. The Patriots missed having a big-bodied player who could be deployed in a variety of ways in 2013 and Amaro is probably the best prospect (or Ebron) for this."

One detraction from Amaro's resume' which would need to be investigated fully by the New England Patriots' scouting department is that Jace Amaro was arrested last March for credit card fraud, after using another student's credit card to purchase alcohol.

Your Patriots rumors whenever and wherever you want them. Download our new Chat Sports iPhone app, and follow our Patriots team page today.