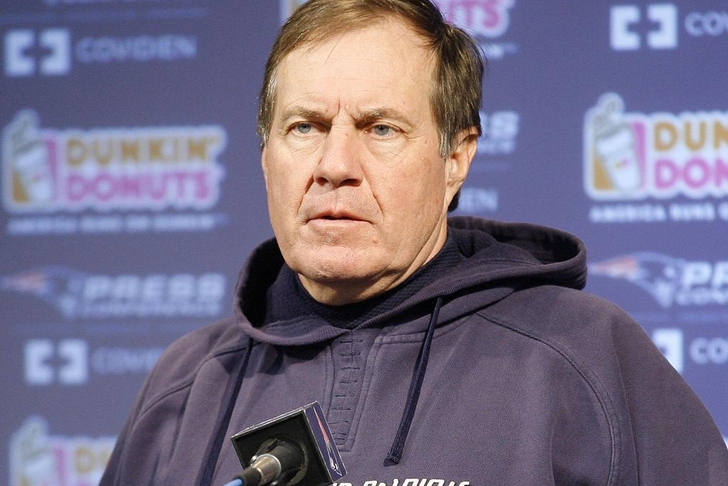 Patriots head coach Bill Belichick was hit by a barrage of questions about the injury status of his players in yesterday's press conference, and The Hoodie was less than enthused. The full transcript of the injury questions (which concerned Danny Amendola and Rob Gronkowski) is included below:

Q: How close was Rob Gronkowski to playing yesterday?

BB: I don’t know. He was inactive.

Q: Did he have a shot to play?

BB: He was inactive.

Q: Going into the day, was there a chance he’d play?

BB: He was inactive for the game.

Q: What about Danny Amendola?

BB: He was inactive too.

Q: I know they were inactive.

BB: They were inactive so they didn’t play.

Q: I think you have an idea how close they were.

BB: Well, they weren’t able to play. What do you want, percentage points? They couldn’t play.

Q: Going into the day, did you know they couldn’t play?

BB: They were inactive.

Q: That doesn’t answer my question.

BB: They were inactive, it’s as simple as that.

For all the latest Patriots stories from around the web, check out our New England Patriots team page.