Patriots News: Tom Brady draws FCC complaints for use of the 'F-word' 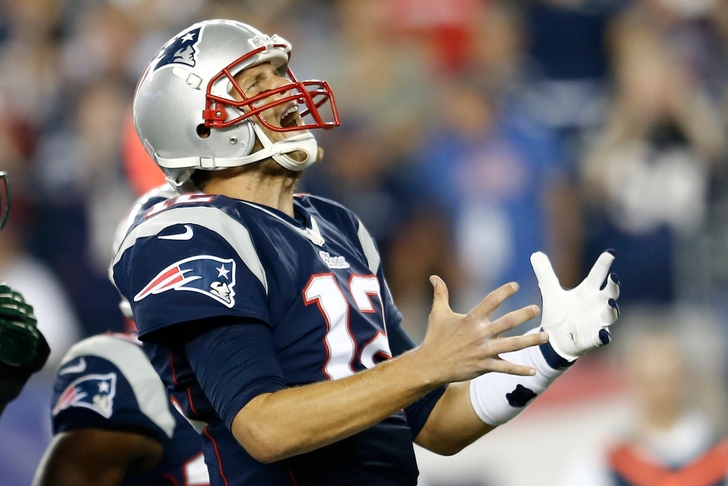 New England Patriots starting quarterback Tom Brady has drawn some heat from both parents and the FCC for his use of the 'F-word' on the field during nationally-televised broadcasts of Patriots games.

Per Michael David Smith of NBC's Pro Football Talk, "the Federal Communications Commission has received three complaints from viewers who are angry that they were watching Patriots games on network television and heard Brady swear — or could tell he was swearing by reading his lips."

Obtained by The Smoking Gun (via David Smith), the complaints read as follows:

One parent wrote that “6 year old children know how to read lips even if there is no sound” and added that TV cameras should not “show Tom Brady screaming the F word on national TV.”

Another viewer wrote the FCC that, “My 8 year old grandson was watching the game with me and even commented that he should not have said that. . . . I understand the first time it happened that the camera man would not have expected that but to keep the camera on Tom Brady as he kept yelling was uncalled for.”

A third viewer wrote that the network “clearly knew he was saying it and so did my 10 year old son.”

In the wake of the mini-controversy, Brady has indicated that he'll keep using the magic 'F-word," and that parents should blame the TV networks for broadcasting it if they're truly that upset.