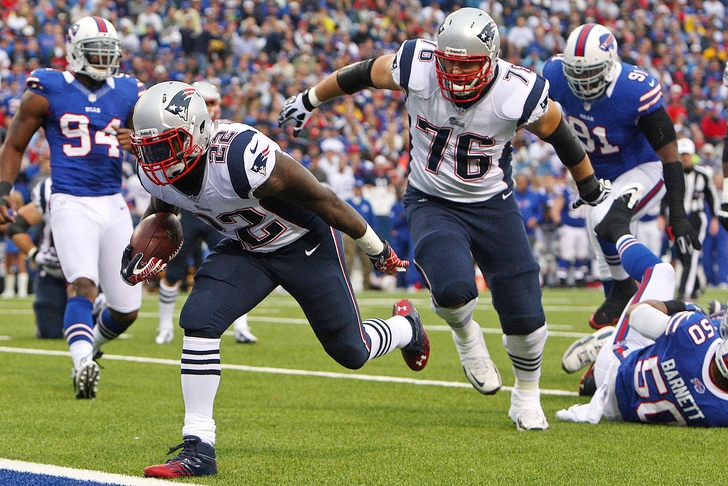 The New England Patriots could have a real value signing on their hands if they decide to give running back Stevan Ridley another look in 2015.

Per ESPN's Mike Reiss, "at a position where there aren't traditionally big deals, Ridley could be a coup for a team willing to bet on his ACL recovery. If he's thinking along the lines of a "prove-it" one-year deal, in which he can show he's healthy and still productive before getting another crack at free agency in 2016, that type of setup can be beneficial for both the player and team as long as they are working off the same script."

Ridley is two seasons removed from his career-best 1,263-yard rushing campaign and there's no guarantee that he'll be back to full speed coming off a torn ACL.

However, if Reiss's estimate of a one-year, $1.25 million deal (with $1.75 million extra in incentives) proves accurate, head coach Bill Belichick could feasibly have Ridley back in the running back corps fold in 2015 if the Pats can swing such a low-risk re-signing.

Odds are looking good that such a deal could happen with Ridley still out there on the market as of this writing.