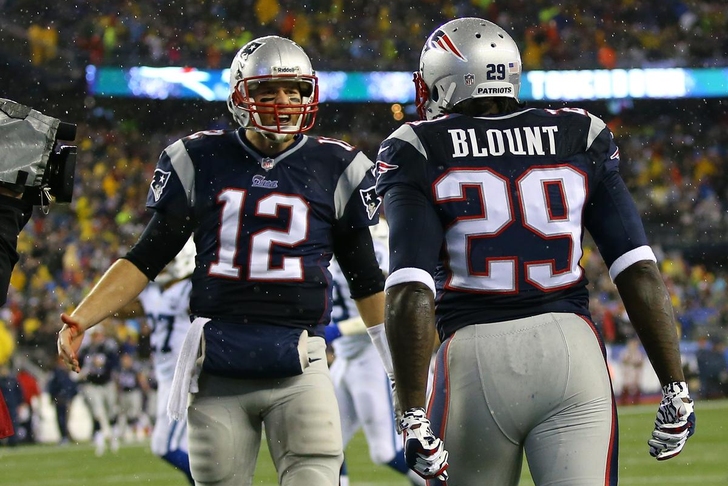 The New England Patriots brought running back LeGarrette Blount back for games just like he had during Sunday's 34-9 victory over the Detroit Lions.

“That was to my homie, man,” Blount said. “He’s going to always be a lifelong friend of mine. That was a little tribute to him. And like I said, he’s always going to be a close friend of mine.”

Blount fit like a glove in the Pats offense like he did in 2013, and he praised the offensive line for letting him really shine on Sunday.

"The offensive line just went out there and did a really good job. They were opening up some nice pieces for me to run through. Just when you get to the second level and break a couple tackles, that’s what makes the long runs. For the most part [the Lions] played well, we just played better.”