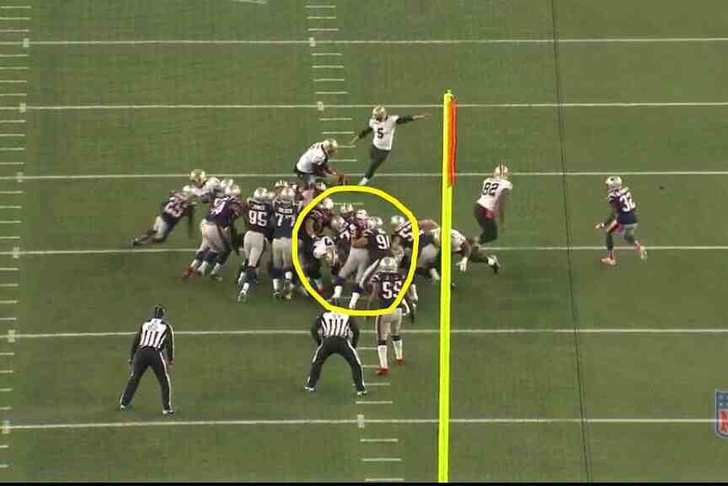 Consistency. Clarity. Fairness. These are words that do a pretty terrible job of describing the NFL. Last weekend, the New England Patriots lost to the New York Jets thanks to a penalty that no one knew existed and had never been clearly explained before.

As you can see from the screenshot above, it turns out the Patriots committed the exact same penalty against the New Orleans Saints the previous weekend, only no one noticed because the NFL hadn't decided they felt like enforcing it yet.