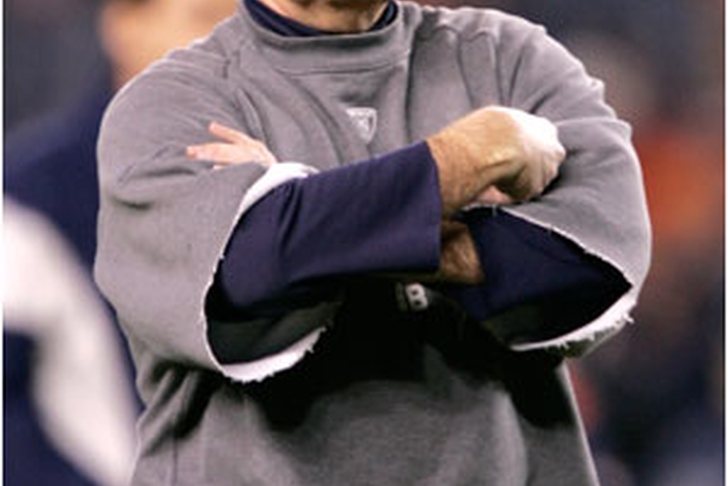 After a first quarter where the Patriots looked better than their opposition but failed to assert themselves, the Patriots started the second quarter in similarly frustrating fashion.

Stevan Ridley was neither impressive or terrible - he had a few solid runs, but generally did nothing to move the chains on his own. The first drive of the second quarter was much like several drives in the first - Tom Brady looked out of sync with his receivers, not a huge surprise given how little time they've had to work together.

The defense wasn't much more impressive - instead of bringing blitzes and pressure on a rookie quarterback making his first road start, they gave Smith all the time in the world to find receivers downfield time and time again. The secondary was able to break up passes and Smith's accuracy let him down several times, but the Patriots aren't a team that should be counting on their opponents to make mistakes - they should be actively forcing them.

The Patriots got the ball back with just over eight minutes left, but their three-and-out perfectly illustrated the team's problems. Ridley was stopped four yards behind the line on first down after a messy run play went bad, and a miscommunication on second down between Brady and rookie WR Aaron Dobson left the Patriots staring at a 3rd-and-long. Dobson managed to get separation on a post route, and Brady's long ball was inch-perfect. The ball hit Dobson square in the hands, but he couldn't make the catch, and Brady's disgust was palpable as he walked off the field.

On the next drive, the defense finally brought pressure on Smith, forcing two incompletions and taking him down for a drive-ending sack on third and 15 with 7:03 remaining in the quarter.

The next Patriots drive left Brady even angrier - a 38-yard completion to Kenbrell Thompkins on first down made it look like the Pats were in business, but the drive stalled in the red zone and the Patriots were forced to settle for a field goal. Brady was visibly aggravated on the bench after the drive, throwing his water bottle down and having a heated discussion with several other players.

The teams traded field position for the remainder of the half, and with under a minute remaining the Patriots finally engineered a drive deep into Jets territory. It looked as though Brady connected with Kenbrell Thompkins for a 25-yard touchdown, but replay revealed that the ground helped secure the catch and the touchdown was overruled.

Instead of a touchdown, the Patriots were forced to attempt a 43-yard field goal - which Stephen Gostkowski missed wide left. Instead of being up 17, the Patriots went into halftime up 13-3 on the Jets, and they can't feel good about the number opportunities they missed over the course of the half.

First half MVP: Chandler Jones. The 2nd year DE picked up two sacks in the first half, and created mayhem in the backfield whenever the Patriots brought pressure.

First half LVP: Every single Patriots receiver. The receiving corps wasn't on a different page than Brady - they were reading an entirely different book in a totally different language. Brady was 11-24, but of those 13 incompletions at least half were the result of communication breakdowns. This has to get better over the course of the season - it certainly can't get any worse.