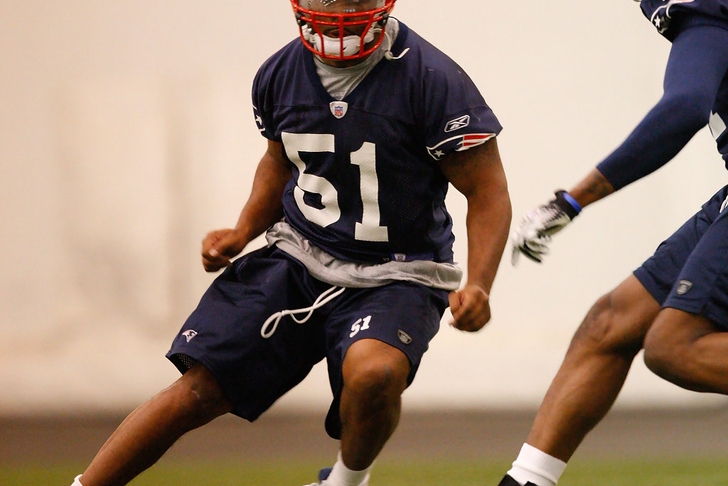 The New England Patriots have placed LB Jerod Mayo on the injured reserve, ending his season. Mayo tore a pectoral muscle in Sunday's win over the New Orleans Saints, and the surgery he underwent Tuesday rules him out for the remainder of the season.

Mayo is the second defensive leader the Patriots have had to place on the IR this year - NT Vince Wilfork tore his Achilles tendon in week 4 against the Atlanta Falcons, and was placed on the injured reserve on October 3rd.

Mayo is a two-time pro bowler, and had 55 tackles and 1.5 sacks at the time of his injury.