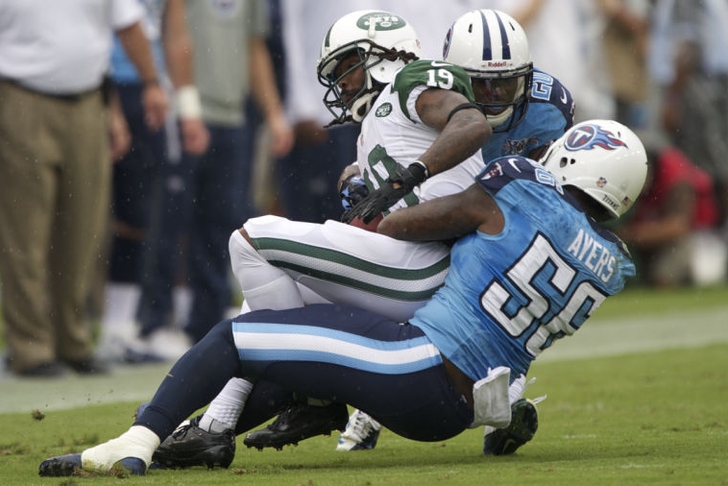 The New England Patriots are on the verge of acquiring LB Akeem Ayers from the Tennessee Titans, according to Jim Wyatt of the Tennessean.

Jason La Canfora of CBS Sports reports that the Patriots sent a 6th-round pick for Ayers, but also received a seventh-round pick in the deal.

In his fourth year in the NFL, the 25-year-old Ayers has played in just two games so far this season after starting every game in his first three. Ayers had surgery on both knees during the offseason, but that hasn't affected his status with the Titans.

Ayers was Tennessee's second-round draft pick in 2011, going 39th overall. In almost three and a half years with the Titans, Ayers racked up 232 tackles, two interceptions and three forced fumbles. The Patriots, who have already lost star LB Jerod Mayo for the season, are in need of linebacker depth, and they appear to have found their man.