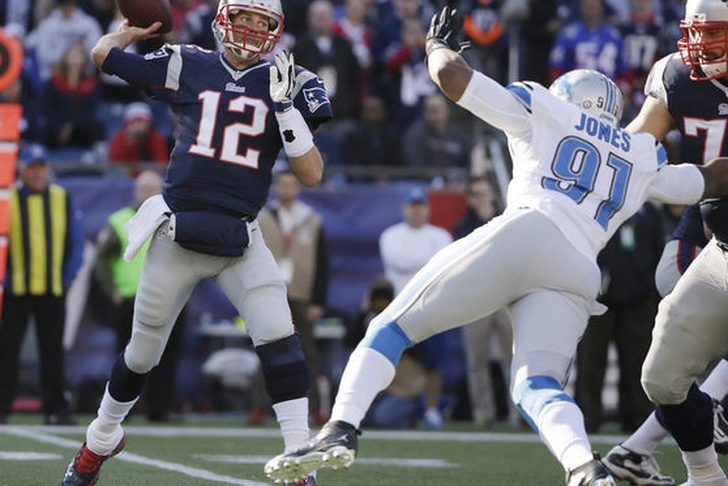 New England traded scores with Detroit in the first quarter, but the Patriots took over the game in second and took a 24-6 lead into the break. They continued to dominate after halftime as they cruised to the easy victory.

The Patriots closed the second quarter with 10 points in the last three minutes before halftime. That turned a close game into a blowout, and the Lions were never able to recover.

Zero. The Lions failed to get into the end zone even once against New England, and you can't expect to be Tom Brady & Co. without putting up points.

Tom Brady played like his usual self in this one, completing 38/53 passes for 349 yards and two touchdowns.

Wide receiver Golden Tate has shown that he's still a really good receiver who can produce alongside Calvin Johnson. He had 97 yards on only four catches in the game.

New England hits the road to face Green Bay next weekend, while Detroit will host the Bears on Thanksgiving Day.