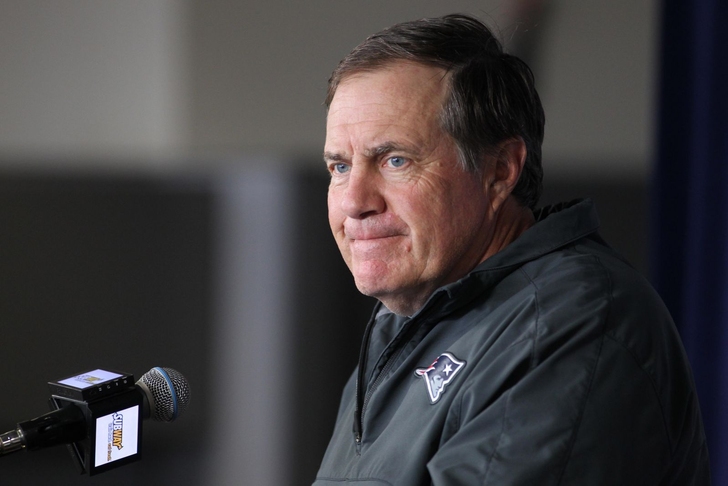 If you're a reporter covering the Patriots, you pretty much know what you're getting by now - Bill Belichick isn't at press conferences just to give you juicy quotes, he's there because the league will fine him if he doesn't show up.

A question at Belichick's Wednesday press conference wasn't quite as insightful as the person asking it might have hoped, and the answer was the most Bill Belichick thing we've seen in a while: 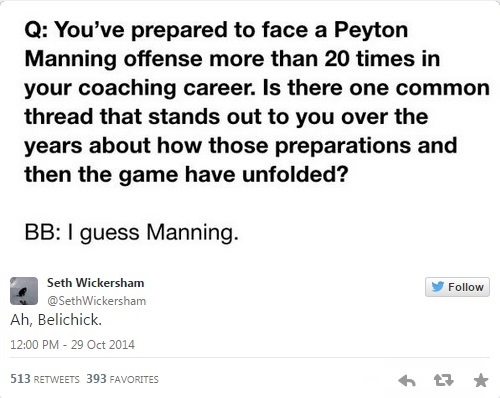 Belichick's Patriots face Manning and the Broncos this Sunday, with kickoff scheduled for 4:25 PM ET.