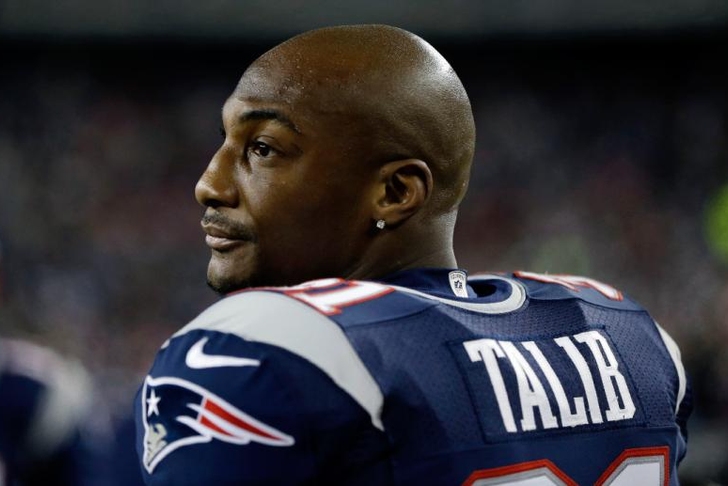 Patriots CB Aqib Talib stayed down after a play early in the second quarter of Sunday's AFC Championship game against the Denver Broncos. Talib took a hard hit from Wes Welker but was able to walk off under his own power.

Talib was escorted to the locker room by Patriots personnel shortly after walking to the sideline. Devin McCourty moved to CB to replace Talib, and he is considered questionable to return with a rib injury. Updates suggest that Talib also injured his knee on the play.