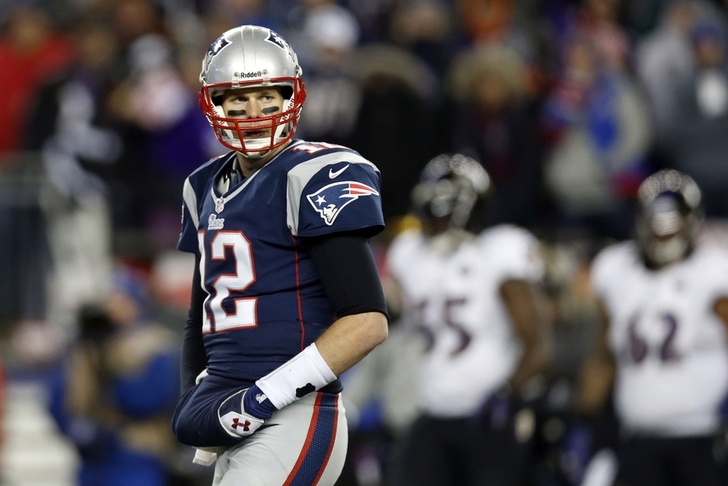 It was the kind of start the Ravens had dreamed about...but if there's one thing we've learned from the Patriots over the last decade, it's that they don't go away easily.

New England fought back from a 14-point deficit, Joe Flacco threw two costly interceptions, and the Patriots fought their way through with a 35-31 victory.

For the Patriots, there were two. Down 28-14 early in the third quarter, the Patriots had to dig deep and open their bag of tricks...and they managed to do both. A 9-play, 80-yard TD drive cut the deficit to seven, and some clever work from Danny Amendola and Julian Edelman (more on that later) tied things up and gave the Patriots a massive emotional lift.

With Baltimore driving late in the fourth quarter, Joe Flacco decided to gamble on a long ball meant for Torrey Smith...but it was Patriots strong safety Duron Harmon who came down with the ball.

Play of the Game:

New England found themselves trailing 28-21 with 4:28 left in the third quarter - not a situation where many folks expected Bill Belichick & OC Josh McDaniels to dial up a trick play. To the surprise of everyone not on New England's sideline (and a few people on it), Tom Brady passed it back to Julian Edelman in the flat, and Edelman found Danny Amendola streaking down the left sideline for a 51-yard TD that tied things up at 28.

The Patriots advance to the AFC Championship game, where they'll face the winner of tomorrow's Colts-Broncos showdown. The Ravens will head home after a solid season, but the way they let this get away from them will definitely sting.