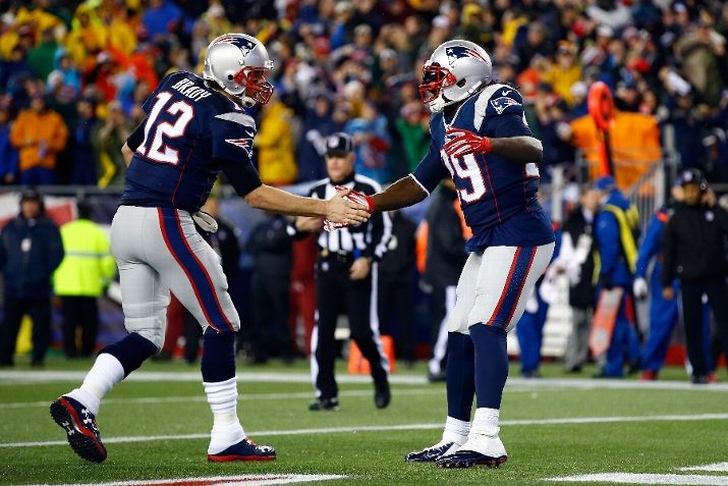 Both teams started the game with a three-and-out on their opening drives, but the Patriots took over from there. New England scored on their next two possessions, which helped them take a 17-7 lead into the break.

Following New England's first drive, Colts returner Josh Cribbs fumbled the punt and the Patriots recovered. That gave Tom Brady & Co. the ball on the 26 yard line, allowing them to score and get their rhythm going.

Andrew Luck's inaccuracy has severely hampered Indianapolis' offense to this point. His receivers have dropped some passes, but he's only completed seven of his 19 pass attempts so far. That number will have to greatly improve if the Colts are going to come back and win this one.

Tom Brady played like his usual self in the first half (11/21, 95 yards, 1 TD), but this offense was boosted by running back LeGarrette Blount. He rushed for 68 yards and a touchdown on 16 carries, including several key first down pickups.

Linebacker D'Qwell Jackson gave the Colts the boost they needed, as his interception on Tom Brady just in front of the end zone has kept the Colts in the game.

Who Has The Edge?

New England's offense has been moving the ball almost at will in this one, and it doesn't seem like they'll be slowing down in the second half. Their defense has been playing well, too, as Indy's lone scoring drive was extended by several Patriots penalties. They have all the momentum, and that doesn't appear to be changing anytime soon.