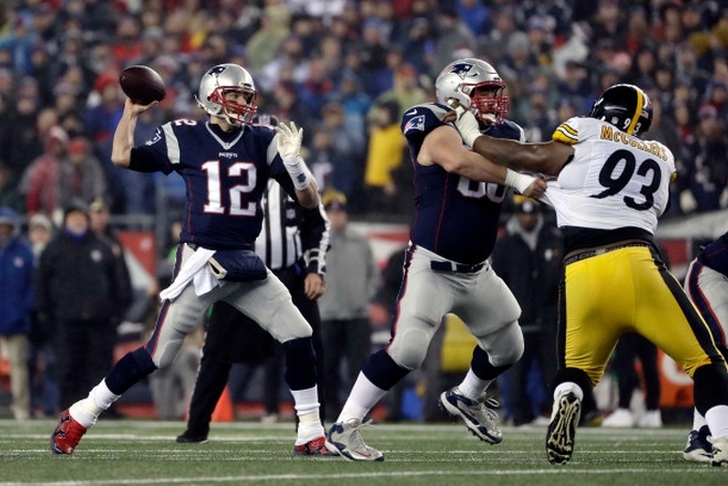 The 2017 NFL schedule was released on Thursday night, and the New England Patriots have a tough road ahead of them in their quest to return to the NFL Playoffs next season. These are the 5 toughest games standing between the Patriots and another return to the postseason:

5) Kansas City Chiefs (Week 1)
Kansas City has made the playoffs two straight years thanks to the strength of their defense, and they will provide an immediate test for New England. With all of the Patriots' new pieces, they will need to be clicking all cylinders from day one.

4) at Denver Broncos (Week 10)
Another team with an incredibly stingy defense, Denver has had a lot of success against the Patriots because of their ability to get pressure on Tom Brady. This being a Sunday night game on the road only adds to the difficulty for New England.

3) Atlanta Falcons (Week 7)
The Super Bowl rematch is only No. 3 on this list? Yes, this will be an extremely tough game for the Patriots, but New England does get it at home, and we know the Patriots virtually never lose at home - especially on Sunday night.

2) at Pittsburgh Steelers (Week 15)
Talk about a heavyweight fight. Two of the top teams in the AFC could be fighting for playoff positioning in this one, and the Steelers have just as many offensive weapons as New England. Another road game, this could be the biggest test for the Patriots' defense before the playoffs.

1) at Oakland Raiders (Week 11)
There's not much that needs to be said about why this game is tops on the list. The Raiders were thought to be the biggest threat to New England last year before Derek Carr's injury, and that's expected to be the case again if Oakland's young players progress as expected. This game could be for home-field advantage throughout the playoffs.