3 Reasons Why The Patriots Will CRUSH The Titans 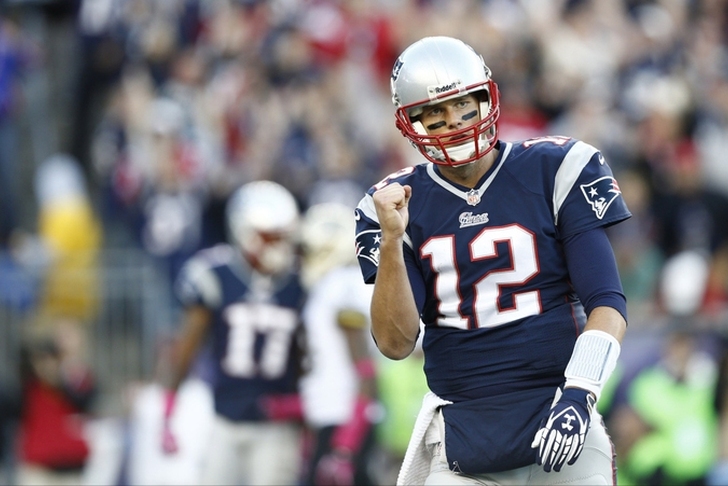 The 11-2 New England Patriots host the 3-10 Tennessee Titans Sunday, in a game between two teams on opposite ends of the standings. The Patriots are widely expected to win and this game isn't going to be close. Here are three reasons why the Patriots will CRUSH the Titans.

Marcus Mariota has a bright future, but he's not close to where Brady is. Brady's in the midst of a great season, despite injuries to several of his weapons. Brady has already surpassed his yards and matched his TD total from last year. He's completed 64 percent of his passes for 4,138 yards with 33 TDs and 6 picks. With Brady at the helm, there's no way New England falls to Tennessee.

The Patriots have Bill Belichick, one of the best coaches in the NFL. The Titans have Mike Mularkey, the interim head coach. It's clear which team has the advantage. Heck, offensive coordinator Josh McDaniels might be the second best coach in this one. Belichick will set his players up for success with his schemes, just like he usually does. The Titans will be out-coached and they'll suffer another loss.

This is a matchup between one of the best teams and one of the worst in the NFL. The Titans are building in the right direction, but they're a bad football team right now. They can't run the ball at all, which puts a tremendous amount of pressure on Mariota. A bottom-tier defense doesn't help either and Brady could torch a defense that's struggled in recent weeks. There is a reason the spread on this game is a whopping 14 points in favor of New England. The Patriots are going to CRUSH the Titans this week.