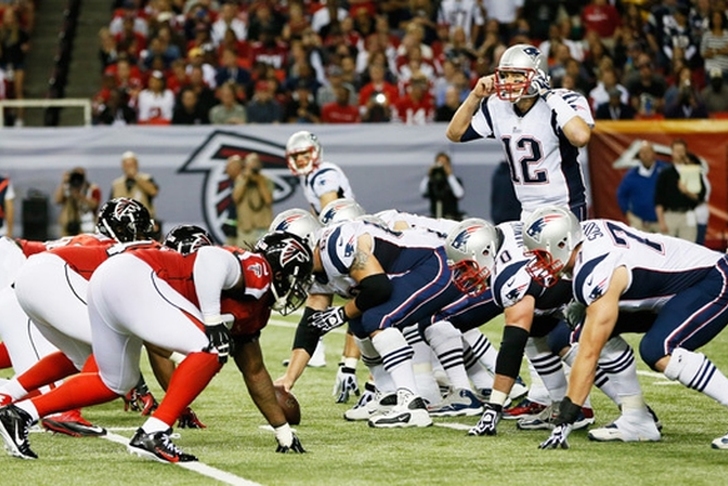 The New England Patriots are trying to win their fifth Super Bowl title on Sunday when they take on the Atlanta Falcons, and while many experts are picking the Falcons to win, we know better than that. Here are three reasons why the Patriots will win on Sunday:

3) Atlanta's inexperience
New England has a team full of players with Super Bowl experience, several of whom have been in multiple Super Bowls. The Falcons, well, have virtually no one who has played in the Big Game before. That may not matter in other playoff games, but in the Super Bowl, knowing how to handle the big stage and minor details of the game - including a longer halftime and commercial breaks - experience plays a bigger role than normal. It will take the Falcons a few series to get into the swing of things, while the Patriots will be in rhythm from the opening kickoff.

2) Better defense
Much has been made of Atlanta's high-flying offense, and rightfully so. New England has a great offense, too, but they have something the Falcons don't - a reliable defense. In fact, the Patriots defense leads the league in scoring defense, and while they won't completely stop Atlanta's offense, Bill Belichick will have a gameplan that slows them down - moreso than the Falcons defense will be able to slow down the Patriots offense.

1) Tom Brady in the 4th quarter
Speaking of the Patriots offense, they have a card no one else has in Tom Brady. Given the prowess of these two offenses, this game will likely be close late in the game - and no one plays better in clutch moments than Brady. If the Patriots are still in the game in the fourth quarter (which they will be), Brady will lead them to victory.