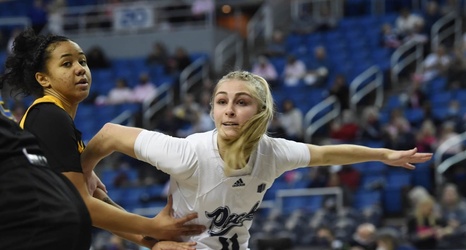 EDITOR'S NOTE: This is a running list of offseason basketball roster changes that will be updated periodically with new signings, transfer portal updates and more.

The Wolf Pack's roster grew by two with the addition of Hampton transfer Victoria Davis and former area high schooler Lily Bouza (Carson), who is transferring after one season at the JC level.

Nevada on Thursday announced the official signing of Kennedy Lee (Centennial / Las Vegas) to a national letter of intent. Lee previously tweeted May 1 she planned to sign with the Wolf Pack.