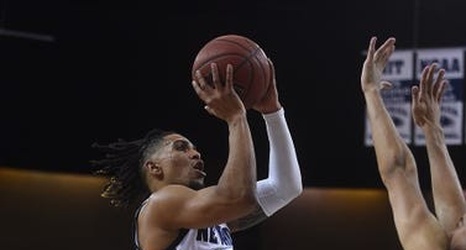 SAN DIEGO — Nevada men's basketball aims to accomplish something no team in the nation has done this season: Beat No. 6 San Diego State.

The Wolfpack (11-7) clash with college basketball's lone unbeaten in the Aztecs (18-0). Nevada enters Saturday's contest having lost three of its last five games.

In the last meeting between these two teams, the Aztecs won 65-56 in the Mountain West Conference Semifinals on March 15, 2019.

San Diego State leads Nevada 15-12 in the first half.

Here are the top plays from Nevada's game against San Diego State.