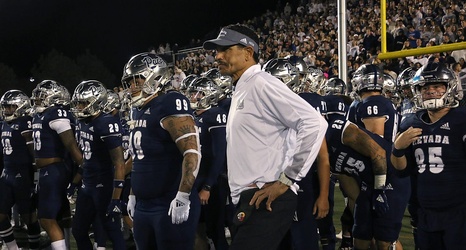 The start was a bit shaky. The end, though, worked out just fine for Nevada.

The Wolf Pack erased the memory of one of its worst losses by racing past Hawaii, 34-17, on Saturday night at Mackay Stadium.

Nevada, behind two rushing touchdowns from Toa Taua and four interceptions from its defense, improved to 5-1 on the season and 2-0 in Mountain West games. Hawaii, which thrashed the Wolf Pack 54-3 two years ago at Mackay, dropped to 3-4, 1-2.

Early on, it appeared it might be the Dae Dae Hunter show. The Hawaii running back scored on the Warriors’ first play, breaking a tackle racing 75 yards, and added an.