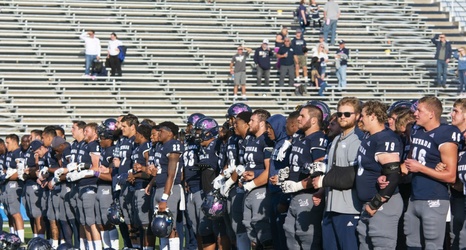 The Mountain West Conference announced Thursday, Sept. 24, that it will play a truncated eight-game season starting Oct. 24. All fall sports were postponed by the conference Aug. 10 and moved to the spring due to COVID-19 concerns.

After Power 5 conferences including the Big Ten, Pac-12 and ACC decided to play football in the fall, the Mountain West has followed suit. Nine of the 10 Football Bowl Subdivision teams will play fall collegiate sports.

The eight-game schedule will include the Mountain West Championship game held Dec.