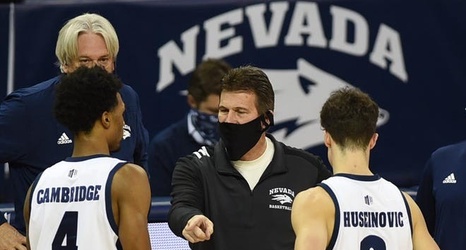 Coming off a 16-win season in the pandemic-affected 2020-21 season, Nevada was picked on Wednesday to finish third in the Mountain West men’s basketball preseason poll.

Nevada is scheduled to return all five of its primary starters from last season, including Mountain West preseason player of the year Grant Sherfield (18.6 ppg, 6.1 apg). He is set to be joined by returning players Desmond Cambridge Jr.