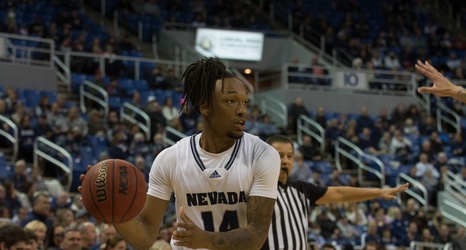 Nevada men’s basketball defeated the New Mexico Lobos, at home, 79-70 on Jan. 1for the first game of conference play.

Grant Sherfield had a very low scoring first half with only two points from free throws, but helped the team with six assists.

Alem Huseinovic was subbed in for Sherfield and Kenan Blackshear in the last seven minutes of the half and sunk a three and two free throws.