WATCH: Every Nebraska Touchdown From The Cornhuskers' 43-10 Win Over Fresno State 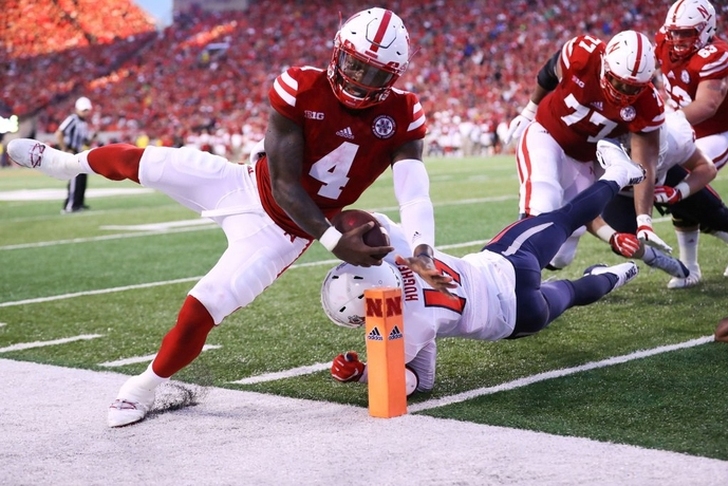 The Nebraska Cornhuskers started their 2016 season off exactly how they wanted to: with a win. The Huskers didn't have too much trouble with Fresno State, picking up an impressive 43-10 win. Check out every TD Nebraska scored in their win over Fresno State.

Devin Ozigbo started the scoring with this three-yard TD run.

Ozigbo added his second TD of the day on a six-yard TD run to make it 14-0.

After Fresno State put up 10 unanswered, QB Tommy Armstrong ended the run. He made it 21-10 on this 9-yard scamper.

The Nebraska passing attack got in on the fun, with Armstrong launching a 57-yard bomb to Alonzo Moore.

Armstrong recorded his third touchdown of the day on this gutsy TD run.

The Huskers added yet another score with the backups in. Freshman RB Tre Bryant made it 43-10 on this TD run.

That was the final TD for Nebraska. All videos are from the Every Cornhuskers TD Facebook Page.