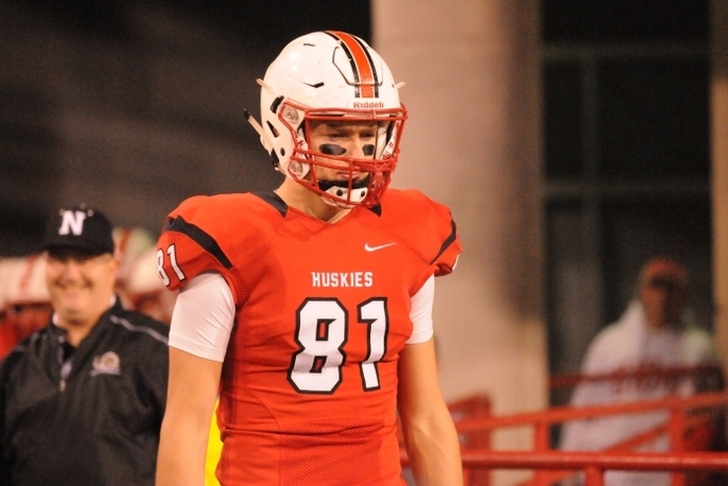 The Nebraska Cornhuskers have picked up a commitment from three-star TE Austin Allen. He announced the decision on Twitter.

Excited to announce that I'll continue my education and football career at the University of Nebraska#GBR pic.twitter.com/Bkg3c2GkBb

Allen is the fifth commitment in the class of 2017 for the Cornhuskers. The Nebraska native is ranked as the No. 21 TE in the class of 2017. He has great size, checking it at 6-foot-8. While he weighs just 215-pounds, he should fill that frame out while at Nebraska.

Allen's commitment is a bit of a surprise, as he wasn't expected to commit anywhere until at least after the Cornhuskers' spring game. But, he told 247Sports that he knew Nebraska was the right place for him.

"The recruits Nebraska is getting, they’re going to be doing something special in the next couple years," Allen said. "It’s a nice place. The facilities are great. The coaching staff is great. Mike Riley, everyone talks about how good of a guy he is and I’ve seen that first hand."

Nebraska beat out schools like Iowa, Iowa State and UCF for Allen.

Follow our Nebraska Cornhuskers team page for all the latest Nebraska recruiting news!