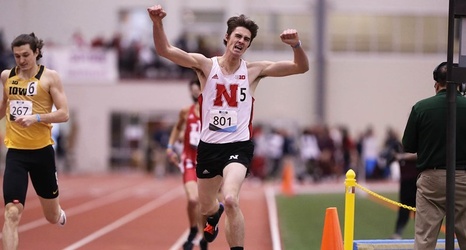 Nebraska middle distance runner Brent Wetovick was named the Big Ten Men's Indoor Freshman of the Year on Tuesday after a vote by the league's head coaches. This is the second consecutive year a Nebraska athlete has won the award, with Husker high jumper Mayson Conner earning the honor last season.

Wetovick, a native of Fullerton, Neb., won the Big Ten indoor title in the 600 meters with a personal-best time of 1:16.81 on the oversized track, the No. 4 time in school history in the event. He competed in the 600 meters three times this season and won them all.