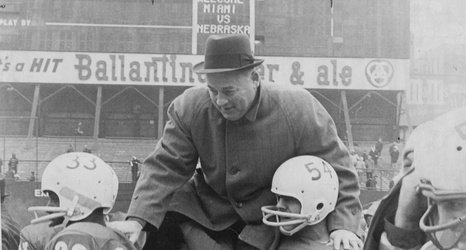 Bob Devaney had more than just a great personality. He had substance. He was smart, savvy, a fighter.

But let's be clear, personality was definitely a strong suit of the former Nebraska football coach, or so I'm told. It's not like I knew him personally.

I've heard stories, though, mostly from Tom Osborne. I heard of few more of them Friday on the eve of the 23rd anniversary of Devaney's death.

I always get the feeling Devaney would've been a fun coach for a reporter to cover.

"I always felt like when he started a game, he came out there like he already had a couple bad calls go against him," Osborne said with a chuckle.