Steven M. Sipple: Moos' mentality helping 'Nebraska get back to being Nebraska' 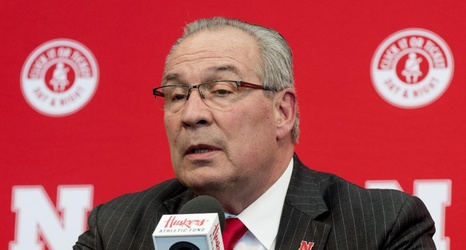 "He said, 'We're thrilled you're coming to the conference, you'll bring a lot,'" Moos recalled Tuesday. "He was very complimentary. And then I'll never forget what he said next.

In that regard, Moos expressed a degree of satisfaction when presented with Nebraska's seventh-place performance in 2018-19 in terms of average conference finish across the board, as compiled annually by Journal Star city editor Todd Henrichs. NU's average finish of 6.52 was its best since 2013-14, the early stages of Shawn Eichorst's tenure as AD, when the Huskers were fifth in the league at 5.29.